Early this month, I harvested these baby potatoes. And though they were tiny, they weren't lacking in taste. They were probably the freshest, tastiest potatoes I've tasted.... just melted in my mouth. After three previous attempts that failed, I was beginning to believe that potatoes can't grow in Chennai's warm and humid climate, that too in containers. Which is why, I was so eager to harvest these even before they were ready, just two months after they'd been planted. Had I waited a month or two longer, we'd probably have had larger ones. I also should have been careful to hill them at the right time. Not hillling them on time,  caused a couple of potatoes to pop out and turn green. 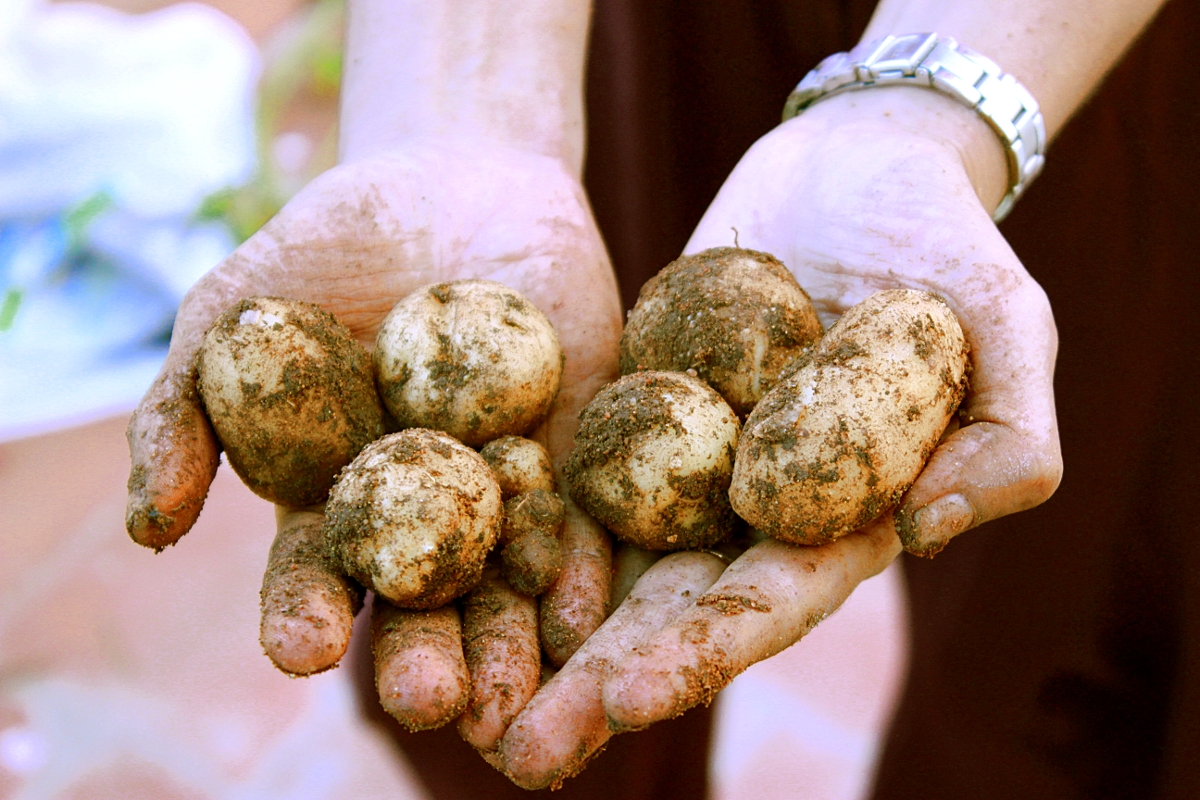 But despite the size and number of potatoes, I'm quite content. Imagine planting a single budding potato in clayey soil that drained poorly, and getting this in return. (Potatoes need well drained, loose soil.) Now that I know potatoes can indeed grow in Chennai, I'll be more focused next time.

PS: This post has come after several months of inactivity. But from now on, I'm looking to post shorter posts, but more often.
Posted by Anita Kumar at 20:12

What's this Blog About?

Red ripe tomatoes attract birds, beasts and men like no other. Tomatoes were the first fruits from my little green patch that inspired me to grow more veggies and blog about them.

Welcome to my blog!

Here you'll find my notes on urban nature: the little pleasures I find in my garden, the birds from my window and of course, homegrown tomatoes.